You Are More Than You Think You Are

An essay in the book Creative Spirit Musings 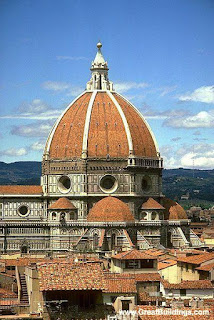 Santa Maria del Fiore, the Duomo of Florence, is a marvel. The cathedral was originally designed in 1294, and its basic construction took all of the 14th Century and half of the 15th. However, 120 years after the first stone was laid, the cathedral’s impressive chancel still lacked a rather important feature: a roof.

The chancel was round, with such a wide circumference that it was technically impossible at the time to cap it with an appropriately soaring dome. Competing plans for—and opinions about—the missing cupola raged through Florence and its architectural community for decades. Finally, a genius named Filippo Brunelleschi came up with a design that not only would work; it would provide the Duomo with the breathtaking 91-meter-high cupola that still stands today.

I often think of humans as being rather like that unfinished cathedral in medieval Florence. Designed for great and holy things, we are clearly works in progress, and it takes faith and vision to imagine us fulfilling our potential.

Sometimes it takes a particular concatenation of circumstances to allow our greatness to come out. I am reminded of Oskar Schindler, the playboy salesman whom God had marked to be the savior of thirteen hundred Jewish lives during the Holocaust. History suggests that after the heroism of that intense period, Schindler never amounted to much ever again. Yet when history called, he rose to the occasion and played a role the world will never forget.

Christian history is dotted with saints whose shortcomings were much more prominent than their accomplishments prior to being called by God to His service. Joan of Arc was an illiterate peasant girl who heard voices—not a good résumé for becoming a leader on the battlefield and an advisor to a prince. Jean-Marie Vianney, a.k.a. the Curé d'Ars, failed Latin, French and Theology when studying to enter the priesthood. That he was eventually ordained at all was a testament to his deep and abiding piety, and not to his intellect. However, his curacy was so marked by personal holiness, miracles, and conversions that he became the patron saint of parish priests.

There is a television show on BBC America called “Faking It” which takes ordinary people and puts them through intensive training in a new and completely different occupation. At the end of the training—only 30 days—they compete against other people who have much more genuine experience in the field, and attempt to bluff the judges with their new-found skills. In 30 days, a teenage disco dancer becomes a horsewoman skilled in show-jumping. A diffident accountant becomes a dog trainer and teaches both himself and a mutt to do a dance routine to music. An aimless young man who sells hot dogs on the street takes a crash course in culinary arts, and two weeks later, wins a contest against trained chefs.

What stands out in these stories is that focusing on a new opportunity changes the participants for good. It shows them that they can do things they had never dreamed of previously.

And so can you. We humans, as sons and daughters of the unlimited God Almighty, enjoy all the power and potential we can handle—yes, even with our flaws and foibles. No one knows how much we are capable of better than He who created us. Jesus told his disciples that they would do even greater things than he—and Jesus made the blind see, calmed the stormy waters, read the hearts of his friends and enemies, and called forth an abundance of good food and drink when others could find none.

It’s a mistake to judge ourselves or others for the pieces that appear to be missing from our make-up. All it may take is a renewed determination, a call from God, or an unusual event to provide the missing cupola that crowns our lives.

Check out the paperback edition